Pamela Anderson has secretly wed for the fifth time.

The Baywatch beauty exchanged vows with movie mogul Jon Peters during a low-key ceremony in Malibu, California on Monday, more than 30 years after the couple first dated, according to The Hollywood Reporter. 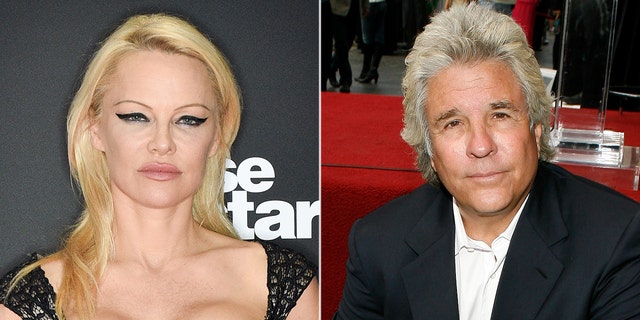 In a statement, the A Star Is Born producer told the publication, “Pamela has never seen her full potential as an artist. She has yet to shine in a real way. There is much more to her than meets the eye, or I wouldn’t love her so much.

“There are beautiful girls everywhere. I could have my pick, but – for 35 years – I’ve only wanted Pamela. She makes me wild – in a good way. She inspires me. I protect her and treat her the way she deserves to be treated.”

Meanwhile, Pamela has offered up a poem in an effort to share her joy about the new union.

The 52-year-old wrote: “Jon is the original ‘bad boy’ of Hollywood – no one compares/I love him deeply like family.

“His life used to scare me/So much for a girl like me. Now I’ve seen more of life and realise…/He’s been there all along. Never failed me/I’m ready now and he’s ready too.

“We understand and respect each other – We love each other without conditions – I’m a lucky woman – Proof God has a plan.”

Pamela Anderson secretly got married to a 74-year-old movie mogul Jon Peters. The two first dated over 30 years ago. Pamela Anderson is single no more, and the story of her latest walk down the aisle may be the most wild yet. That’s saying something, considering the OG Canadian bombshell has been married four times before to musicians Tommy Lee and Kid Rock, and poker player Rick Salomon (whom Anderson was married to twice, for a year each time, in 2007 and 2014). #pamelaanderson #actress #television #cinema #producer #jonpeters

Pamela was previously married to rocker Tommy Lee, the father of her two sons, Kid Rock, and Rick Salomon, whom she wed twice.

Jon is also hoping fifth time’s the charm – he was previously married to Henrietta Zampitella, and actress Lesley Ann Warren, on whom he infamously cheated with Barbra Streisand.

The father-of-five was later wed to Christine Forsyth from 1987 until 1993, and Mindy Peters, from whom he split in 2004 after three years of marriage.

Mark Mothersbaugh was hospitalised with COVID-19